For as long as I can remember I've been interested in Nature.  Growing up in and , agriculture was close by and  always a challenge.  At the age of seven, I was growing orchids on a back porch and had tropical fish and other plants even before that.  As a high school junior, I started a small nursery and worked my way through college selling plants, landscaping and stretching nature to the limit with new plant introductions for the area.  Given an exemption from taking the college plant materials course,  I was able to take a more advanced course in landscape design instead.  At the end of the course, my professor said he was grateful I had not had the plant materials course as I kept him busy enough researching the plants species I was proposing for .

After college I purchased property in , and started Tropical World Nursery with the goal of supplying the nursery in . Quickly we saw that there was a bigger market for nursery offerings in than in northern .  We went wild with all the plants that could be grown here and made numerous collecting trips to , , , and other tropical areas.  We are so glad we were able to collect numerous orchid species, Heliconias, Gingers, Bananas (We are major supplier of the variegated ae ae banana) Bromeliads, Begonias, Cactus and Succulents( including Rhipsalis and epiphylliums), Aroids (including Philodendron, Anthuriums,and Amorphophallus) Hoyas, Crotons, and numerous other sundry and tropical plants.  Not only did the CITES Regulations  put an end to most of this, but now these areas that contained such biodiversity are now  converted to towns and cities or agricultural farm lands, or worse, simply charcoal.

I feel so lucky to be living in the "time slot of life" that I am enjoying.  I have been able to see many plants in the wild, have enjoyed the transportation and technology available necessary to get them into cultivation , and to enter the new phase of saving species and the resultant gene pool. Now the hybridzation of these saved species will result in many new plants in the future.  The best is yet to come!

In 1990, we purchased property in the state of ,to supplement our production in .  We still find it difficult to  believe we own such a beautiful spot at the base of permanently snow-covered , the third highest peak in North and .  Temperatures at our finca (farm) are between 60 and 85 degrees year round, with temperatures rarely above or below this.

Originally a coffee plantation and caged egg chicken farm, we have converted it into a bed and breakfast and horticulture nursery.   We also conduct eco-tours .  We have been accepted so well down there, I only wish the would treat our Latino neighbors half as well, but that is a different story.

Although we are considering semi-retirement, it is difficult to slow down.   So, we have decided to offer, through Ebay, and our own website  the many unique items that we have collected or have had specifically designed.    We also continue to find new plants and items for our growing grounds and nursery in Loxahatchee Groves

At our new property in Loxahatchee Groves, Florida, we have plenty of space for our six Pembroke Welsh Corgis, 2 Bengal cats, fancy guppies, half moon bettas and Altum angelfish,   an occasional otter or two, anhingas, Mandarin ducks and too many wood ducks and migratory birds to count.  Driving into our place you never know what you will see as llamas, peacocks, burros, horses, African bongos,  iguanas  and an occasional loose tiger can be in residence.  So far we have had no problems with Alligators, Pythons, and Komodo Dragons that are reported to be establishing themselves in . This menagerie, coupled with cypress trees and Spanish Moss,  have earned the property the nickname of "Jurassic Bark". You would think we were in the middle of nowhere and not just a mile from the busy lifestyle of the rest of .  We love it! 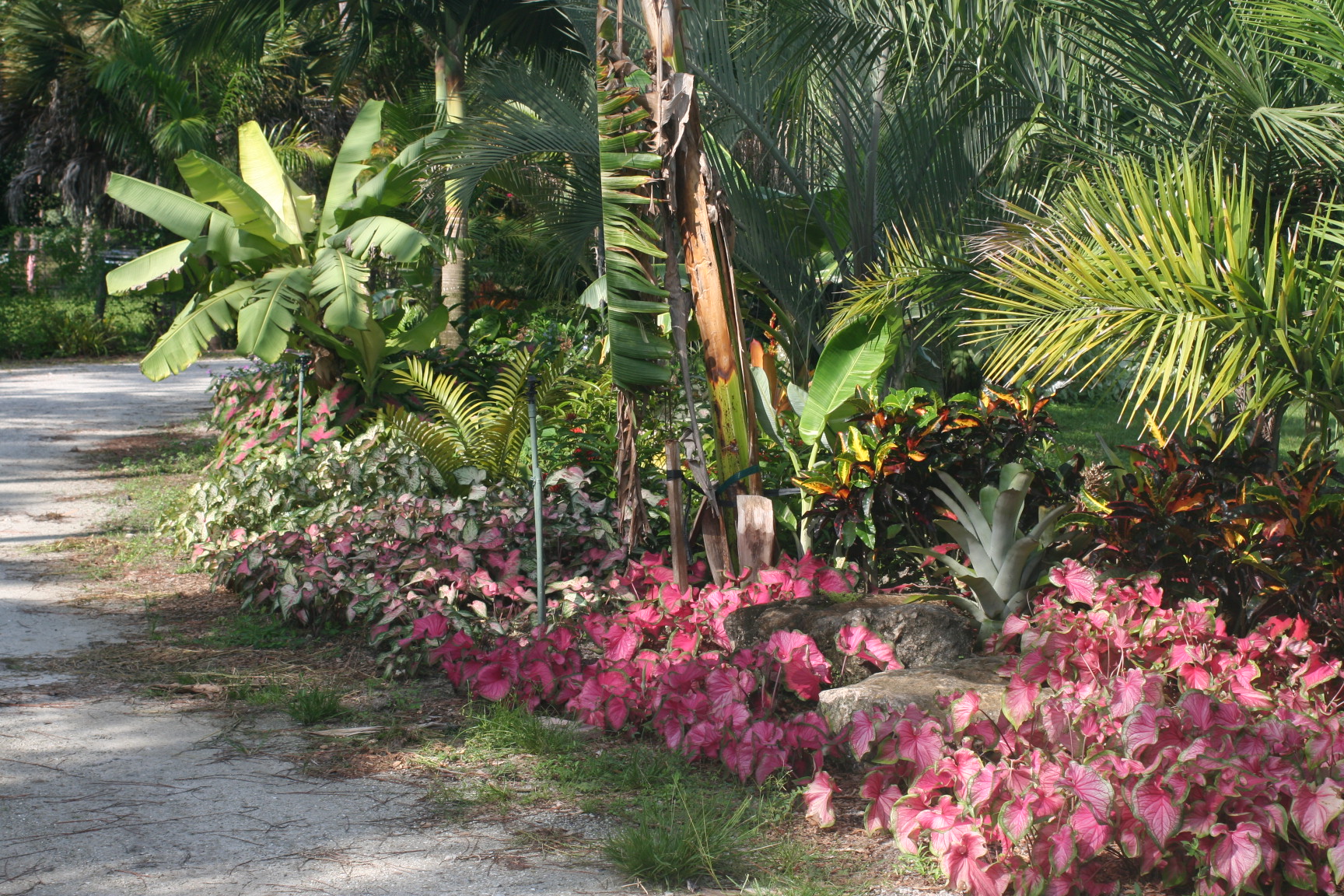 Open by appointment only at this time
We will end plant shipments  Nov 15 to Feb 15 or as weather allows with sporadic shipments to southern states after Christmas season
We combine orders without asking and refund excess postage.     We do not ship our tropical plants when  areas are receiving temperatures below 40 degrees AT NIGHT or 90 degree daytime temps.  We monitor conditions and ship accordingly     Please excuse us not promptly  answering emails or phone calls      We will be open by appointment for local pickup.         We greatly appreciate substitution lists.   We try to get hardgoods out same or next day year round ( unless we are out of the area)
Keep up to date thru our  Facebook  page    Tropical World Nursery.
Shop securely with our secure shopping cart system .  Check out the blog section.
Quick View